Renee Legendre has had a love for the performing arts since her youth and began formal training at the age of 12. Within a few years, she was performing with many community theater groups throughout Massachusetts and began her ministry as a liturgical cantor. During her teenage years, the influence of her father’s music (Jim Porcella) led her to study and begin performing jazz vocals. Renee continued vocal technique and pedagogy, both in the classical and jazz genres, at Westfield State College before moving to NYC to further develop as a performer and continue her studies in private studios.

Renee spent several years residing and performing in NYC before returning back to her roots, in the Boston area. While in NYC she performed in several Cabaret shows and mastered her craft as a musical theater performer.When she returned home, she completed a BA degree in Education from Bay Path College.

Renee has used her studies in her positions as a classroom teacher as well as a vocal coach for youth and adults alike. Locally, Renee has performed with piano players, jazz trios, and in the two-part vocal show Just the Two of Us, with her father Jim Porcella. Renee has had the pleasure of performing in many New England and NYC venues and restaurants including Scullers Jazz Club in Boston and the Metropolitan Room in NYC. In addition, she is the current choir director at St. Bernadette's Parish in Northboro, MA.

"The singer has everything within him- the notes come out of his very life. They are not materials gathered from outside." 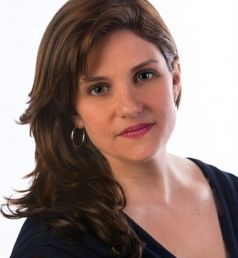